Penn Jillette and the Abrahamic Dilemma: 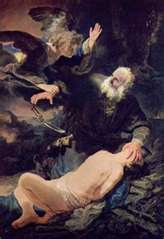 "Would you kill your child if God told you to?  What is your response when you hear a criminal on trial say his reason was, 'God told me to do it'?  That's right, 'Coo-coo!' There is no jury in the world that would ever announce 'not guilty by reason of God told him to'."

This is a snippet of a string of Penn Jillette's comments regarding the absurdity of God asking Abraham to sacrifice his son Isaac.  At first, this series of questions posed some difficulty to me.  Quite honestly, I didn't like it.  I found myself asking, "Would I?"  Since the question was fair enough, I figured I'd tackle it.  The more I pondered it over the past week, though, the less difficult it became to me. 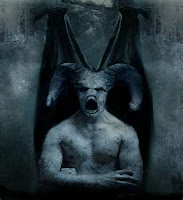 Rather than try to skirt the issue, or even self-righteously say, "Yeah, I would" (because I probably wouldn't), I want to take a different approach.  It is a fact that human sacrifice -- especially of children -- is an ugly spot on human history.  And it's not even all that "historical", because it still happens in some parts of the modern world.

"Human sacrifices have been recorded throughout history and occur still in many countries, including India, Indonesia, South Africa, Gabon and Tanzania. One traditional healer in Uganda, when asked about the phenomenon, pointed to the story told in the Bible's book of Genesis, when God asked Abraham to sacrifice a son." (Source) 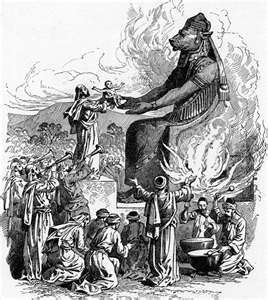 "Like prayer, sacrifice is a form of communication with a deity for similar purposes. The word itself means "to make holy." As distinct from prayer, sacrificial offerings include objects of value and symbolic significance that are given to the gods to earn their favor. The gifts can take many forms, becoming sacred themselves through ritual consecration. The gods might be offered the most desirable foods or provided with the finest vessels, carvings, tools, and weapons. Historians, however, have often regarded blood sacrifice as the most powerful way to appease the gods. It was not unusual for societies to engage in both animal and human sacrifice..."  (Source)

What was NOT normal, however, and what was not commonplace was for the deity to intervene in  order to rescue the child to be sacrificed, even in the "12th hour".  See, what was NOT normal was Yahweh-God's rescue of young Isaac from the savagery of Abraham's knife.  The request for Abraham's sacrifice fit hand-in-glove with the culture of child sacrifice, but it was done in order that Yahweh-God might tell a much more important story -- the story of Jesus, His Son.

The Abrahamic sacrifice was a foreshadowing of the ultimate redemption that was to come.  What was normal was for deities to demand a child sacrifice from the lowly human sinner, but was was completely out of the norm was for the exalted deity to offer its own child on behalf of the sinner.  And that is just what Yahweh-God has done in this situation: He rescued the human child Isaac from slaughter, and yet crushed His own Son Jesus Christ under the weight of His own wrath for the sins of the sinners He longed to forgive.

It is brutal...even horrific!  But the Cross is a picture of how ugly our sin truly is.  The Cross reveals God's hatred for sin and the seriousness of our offenses against Him. 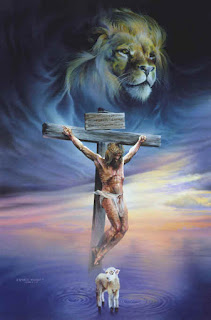 I truly have my doubts that God asked anyone -- ANYONE -- except Abraham to kill his/her own child for Him.  And I truly doubt he ever will.  If God didn't allow Abraham to complete the test of faith, why would He ask anyone else to do it?  If the purpose behind the Abrahamic sacrifice was to foreshadow the coming Messiah Jesus, then there is no purpose for Him to ask it of another.  He accomplished our redemption in the crucifixion of His sinless Son.