"The Point: The Redemption of Oban Ironbout ", by William Jefferson 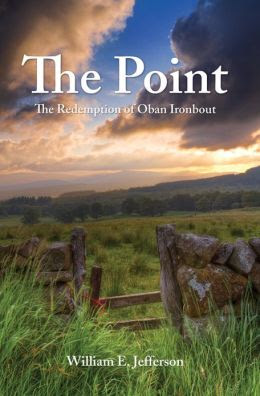 Words matter.
They have meaning.

"Thoughts linger in the mind, intermixing, twirling 'round, overlapping, changing, and rearranging.  There they stay until clothed by words.  Words enable thoughts to get dressed, come out, and speak their mind.  As a word, a thought is no longer indisposed, undisclosed.  It has entered the world.  It is a word" (p.239).

The two main characters, Goodwin and Hollie MacBreeze, attend a retreat on the Isle of Estillyen.  There, monks conduct interactive readings from the Bible with the small "community".  Nearly every chapter invites us to attend these sessions of thoughtful reflection on the very words of God.  I took away many weighty thoughts as I "eavesdropped" on the community's conversations, which were all based on a theme about the value of words in various contexts.  Jefferson stapled each of these lessons to a close with the phrase, "Words matter..." followed by one reason or another.

REDEMPTION: One stodgy ol' character, Oban Ironbout, lives on the island at The Point.  He's unfriendly and unapproachable.  But he's lonely, hurting, and broken.  Armed with an old sketch of the house on the Point, one character dared to approach Mr. Ironbout against all warnings otherwise.  I wondered why Jefferson wrote artistic ability, especially a certain sketch, into the fabric of this particular character.  But it dawned on me once I sat to type my review.  The sketch was, for Mr. Ironbout, the medium to the message of redemption. 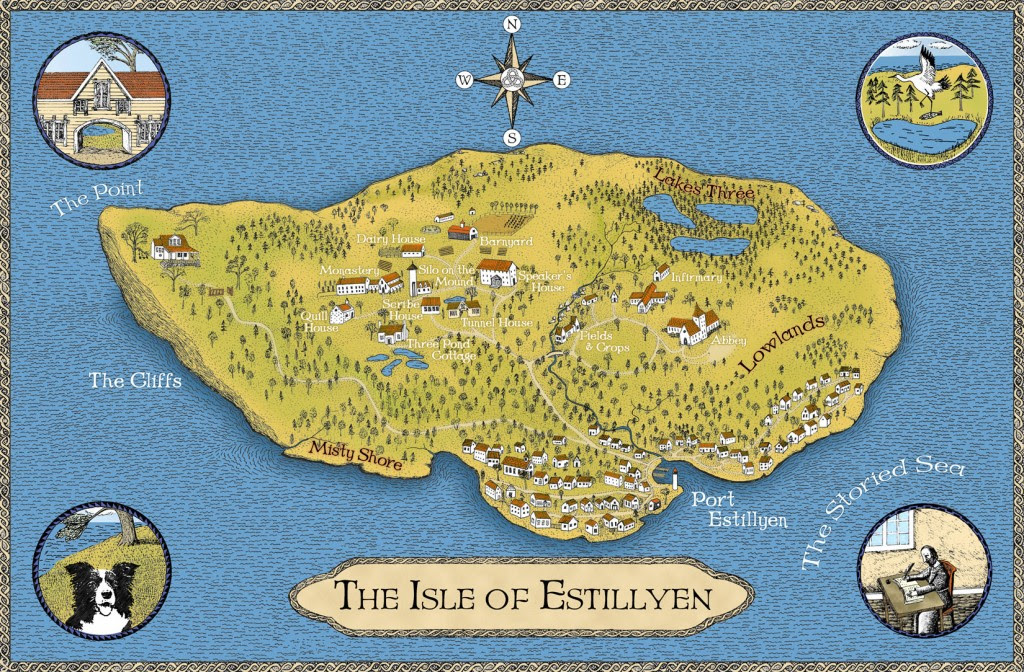 Words matter, but so does the medium.

If you don't think words matter all that much, consider this.  Mark Dever, pastor of Capitol Hill Baptist Church, once commented about the impact of the spoken word.  "Imagine your reaction if your dog asked you, 'So, how was church today?'"  You would be profoundly impacted by such a question largely due to the medium from which the questions was asked.
"Words are the substance on which faith is perched.  Words are pegs on which faith hangs its hat" (p.205).

ALLEGORY: The publisher's description compares this book to the likes of John Bunyan's allegorical tale, "The Pilgrim's Progress."  I didn't see it that way.  Jefferson didn't name the bulk of his characters "John", or "Lisa", or "Mark", or "Sally", but used esoteric names like "Mr. Story", or "Drama", etc.  The names didn't do much for me, and I don't think they added to the overall story.  But neither did they detract from the story.

It was also compared to C.S. Lewis's "Screwtape Letters", which featured Satan and demons in conversation behind the scenes as they plot against God and man.  Jefferson used that technique, and he pulled it off well.  For instance, one lesson studied the transfiguration of Jesus.  Satan and his minions were peeking over the edge of the hill, trying to figure out a game-plan in the shadows.  I found this technique to be thought-provoking, because I often tend to ignore the presence of Satan's influence in varied sections of scripture.

Ultimately, all of these varied word-pictures worked together to lead to not only Oban Ironbout's redemption, but to the many character's redemption.  Each character was impacted one way or another by the readings, and it proved that old saying, "no man is an island".

RECOMMENDATION:  I enjoyed "The Point", mostly for its thought provocation. The book is saturated with "lectio divina" and "centering", so anyone interested in the monastic approach to their faith would likely find interest in this book.

RATING: I give "The Point" 4 stars out of 5.  I consumed it quickly, but I didn't have that "hang on every detail and every word" feeling.

Disclaimer: I received this book free from Handlebar Publishers in exchange for my unbiased review of it.  All opinions are mine.  I was not threatened or coerced in any way to provide a positive review.
at 8:25 PM