BUILD YOUR OWN CHICKEN COOP:

After our own Great Fire of 2012, we had to build another chicken coop.  We lost half of our 15 chickens in the fire, and decided we wanted to make some changes with the new coop.  Her are our ideas in case you're looking for ideas for your coop.


As would be expected, laying the foundation is not only the first most important step, but also one of the most nerve-racking.﻿  By the time one end is level, the other winds up being just a tad higher or lower...and round and round we go.  Once you get it, though, it's fairly smooth sailing. 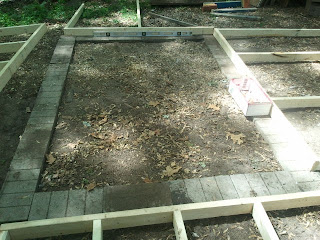 We began with building the four outer walls -- I think we went 12'x8'. 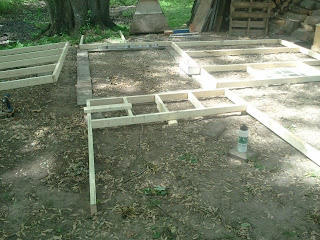 We got the walls were up...the first time.  But while we were holding them (with the help of a couple youngsters), someone let go and everything came tumbling down.  The walls themselves came apart, too, so we had to use longer screws.  This is the finished product. 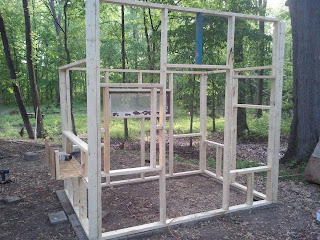 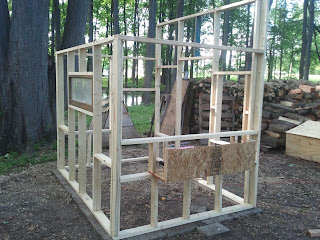 We liked the idea of building a compartment with a lift-top lid so it would be easier to access the eggs than on the last coop we made.  The previous coop utilized a side-swing door, but the stuffing would fall out each time we opened it.
﻿ 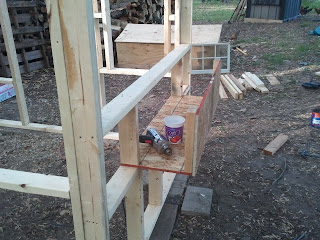 This is the front view of the coop.
﻿ 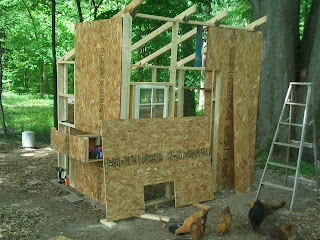 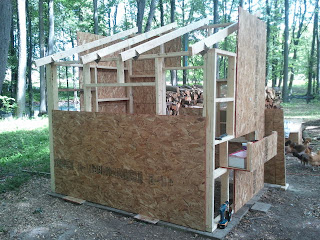 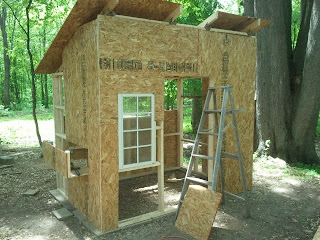 We decided to fence in the chickens rather than allow for "free-for-all range"﻿ because the chickens like to scratch our lawn into fine dirt powder.  This little access door is their entry and exit to the fenced-in area. 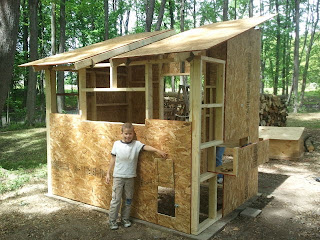 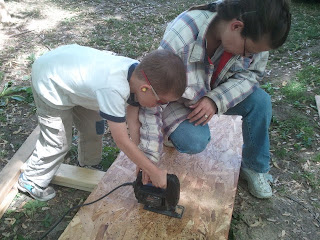 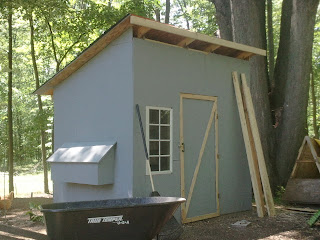 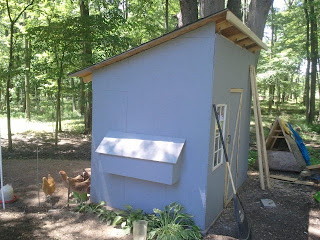 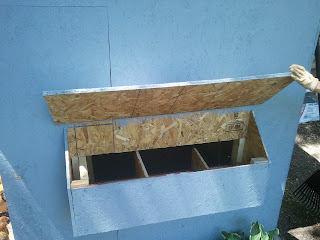 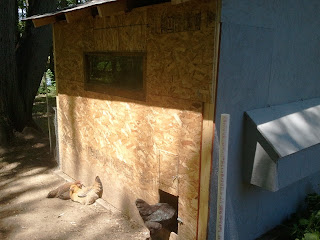 The wife even made it look like a small guest house...brick approach steps, a window, flower/plant pots, etc.﻿ 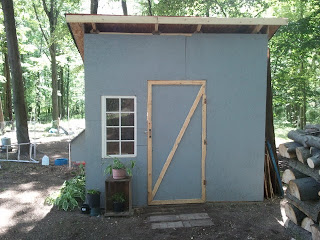 The finished back view.  As we like to say, "You'll never see it from the road."  So we didn't paint the back wall.  Yet.﻿ 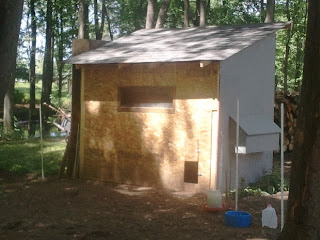