I've not been able to post any pictures of our youngest son, Benjamin, because he was a foster child/ward of the State and his picture was not permitted to be posted on the internet or newspapers...
Until today, because he's officially our ADOPTED son!!! Here's a few pictures I thought I'd share -- of him playing, and of adoption day. 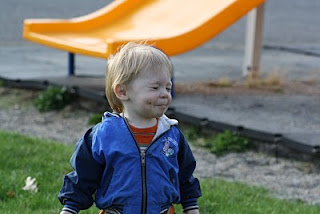 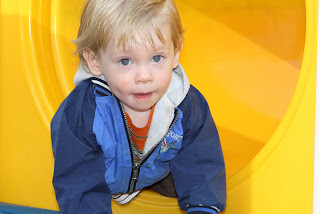 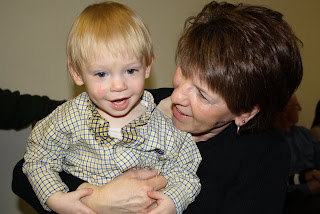 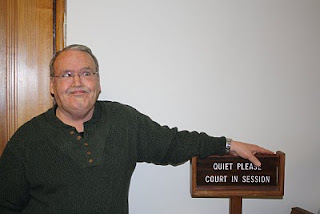 This is my dad keeping guard over the courtroom entrance before going before Judge Beebe. 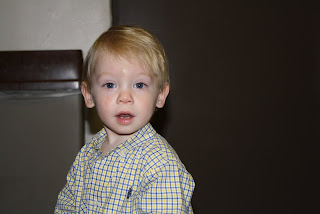 This part was really cool. When Judge Beebe announced the adoption as final, she allowed Benjamin to strike the gavel. I think he struck it about 23 times! He had a blast banging on something and getting away with it. 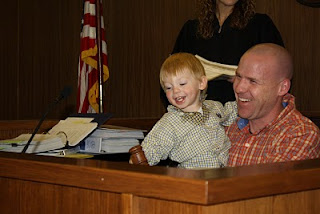 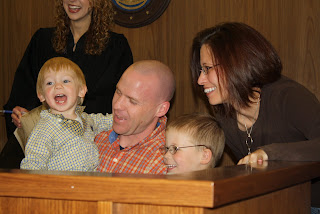 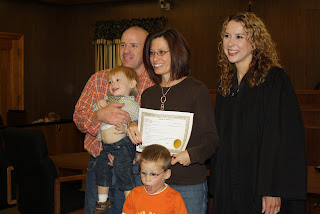 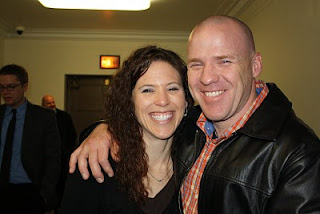 Finally, my gorgeous sister and me striking a pose after it was all finished! Happy day!
at 2:22 PM