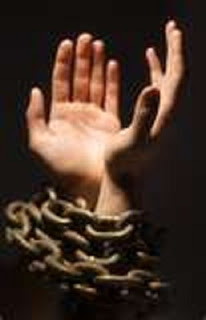 NUGGET: "...that you may know the love of Christ and be completely filled with God."

I find it highly remarkable that Paul was in prison during the time he wrote this letter to the Ephesian church, yet he sought to encourage others who were hurting. He wasn't asking for pity, but having pity on the church.

Lesson #1 - Check you heart and your ministry. Are you doing it (or seeking it) for the right reason, to glorify God? Or are you seeking your own fame and glory?

In his imprisonment, which could certainly be considered a low point for many people, Paul likely came to fully understand the breadth, and length, and height, and depth of the love of Christ. It is at our lowest and darkest points that we finally give the opportunity for Christ to shine. We tend to get in His way. We become so consumed with the busy-ness of life and its worries and troubles. We even consume ourselves with the pursuit of things, influence, and prestige, that we neglect seeking to know the fullness of God.

Paul had a handle on the fullness of God, for he even admitted that God's power is somehow made perfect in our weakness. But he wanted the church to know the fullness of God as they struggled with Paul's absence and imprisonment. Paul was hoping through their trial, which was certainly not worse than his position of imprisonment, the church would be strengthened and full of God. He may have prayed for himself, but his letters proved his love for others.

Lesson #2 - In times of deep stress and suffering, can you look outside of yourself and reach out to others in need? Or do you wallow in self pity? Do you require others to attend to your needs, or do you continue to serve?

People have often asked, "Where is God?" when in the midst of a trial. Is it possible that He is right there, and has been all along, but that we are so consumed with ourselves that we don't recognize Him?