WHAT'S IN A TRUTH CLAIM?

I was honestly heartbroken by what I read, and my concern stemmed not over whether or not the reviewer liked the book, but in the lack of trust the writer had in what the bible declares to be true.  The bigger heartbreak is that I'm certain he's not alone.

THE CLAIM: If you're not interested in reading his review (and the following 26 comments), I'll save you time and paraphrase it for you.  "Jews are not excluded from the Kingdom of God just because they reject Jesus as the Messiah.  They cannot be wrong if they earnestly follow the commands of Torah to approach God."

THE CONVERSATION: This particular reviewer asked, "...do you believe that 95+% of observant Jews are simply wrong because they do not affirm Jesus as the expected Messiah?"

I replied, "Yes, a simple majority does not prove the rightness or wrongness of a particular view. The vast majority of humanity has rejected Jesus Christ. Does that make all of them right? Not according to the Bible."

SO, WHAT'S THE ISSUE? The heart of the matter here is one of trust.  This same particular reviewer commented, "I believe that that followers of Jesus, including the authors of the Gospels, did edit and interpret what they received through oral tradition, and that some of the NT reflects their under-standing, not Jesus words." (emphasis mine)  Yet the reviewer also said he has come to know God through Jesus, but does not believe those who know God through Torah are excluded. 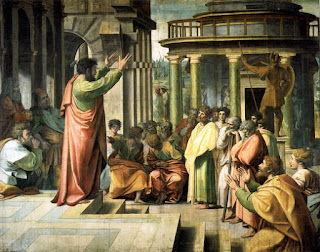 WHAT'S IN A TRUTH CLAIM?  When a person makes a claim "Jesus said this, but not that", it does their theological convictions absolutely no good.  For if in all of the bible just ONE passage cannot be trusted, then, in reality, NONE of it can be trusted.  After all, if ONE passage is untrustworthy, then how does a person know which passages ARE trustworthy?  And if no one knows which passages ARE trustworthy, then ALL passages in the bible are suspect.

Therefore, if a person believes Jesus' words, "I and the Father are one", but denies Jesus' said, "No one comes to the Father except through me", then how can the person know other passages in which he has placed his confidence are true?  Jesus' words there are crystal clear.  Crystal!  Either he IS the way, or he is NOT.  It is a classic either/or statement, not a both/and.

According to this statement made by Jesus (that is, IF the bible is true in all it says), all who are outside of Jesus Christ stand condemned.  It is a difficult reality according to Christianity, but it is a reality made on a truth claim, nonetheless.  Sincerity is not the litmus test for approaching God.  It is Jesus Christ, who on Calvary's Cross died for sinners.

UNBELIEVERS: I fully understand an unbeliever's dilemma in rejecting Christianity because he believes the Bible to be a grouping of fables, lies, and distorted truths.  I get it.  But to be a bible-believing Christian who believes the bible contains distortions of truth is another beast altogether.  I'd ask the person to carefully examine himself to see if he is in the faith.

CONFIDENCE IN RIGHTNESS:  So what gives anyone the confidence that what he believes is right? Isn't that the question of the ages?  We each have to make a decision whether or not we believe a particular claim or postulate is true, whether it's in mathematics, science, politics, religion, etc. In this case, Jesus himself made a truth claim. So, either a person believes what he claimed, or he does not.  But if we profess the bible to be true, we cannot pick and choose which statements are valid and which are not.
at 1:40 PM