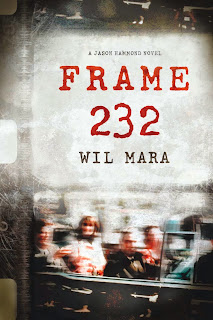 “Frame 232” is the new release by Wil Mara, coinciding with the 50th anniversary of the Kennedy assassination that occurred November 22, 1963.  As most Americans are aware, myriad conspiracy theories abound regarding Kennedy’s assassination.  This novel offers a theories, but it is not a book proposing yet another conspiracy theory.  Mara admits he believes the accused shooter, Lee Harvey Oswald, acted alone.  So, don’t get worked up and roll your eyes at the possibility of yet another theory.

Mara developed the idea for this novel when his research led him to discover that an unknown woman, identified only as “The Babushka Lady”, may very well have recorded something that fateful day nobody else has seen.  This woman appears photographs near the presidential motorcade, and it appears she is holding a video recording device.  If so, Mara wonders, what happened to the video?  Who was this mystery woman dressed in a babushka, and why hasn’t she ever been identified?

Mara creatively developed the story about the Babushka Lady’s identity, her attendance at the presidential parade at Dealey Plaza, and her recording of the fateful shot that killed Kennedy.  Traumatized, she returns home after the events and promptly hides the video...and later dies.  Her daughter received this video after her death and watched carefully.  Frame 232 of the video provided the evidence that could finally solve the conspiracy and cover-up.

“Frame 232” is action-packed and quite interesting.  Obviously, there are portions of the book that are “Hollywood-ized” where it is difficult to suspend disbelief.  But if readers can handle a few bits of unbelievable drama (you know, the one where the guy gets shot and readers are led to believe the guy is dead, but then 150 pages later reveals he was wearing a bullet proof vest -- in his own home), then this book will be a fun read.  Mara is an imaginative writer who conveys imagery well with his words.


AUTHOR INTERVIEW: You can read an author interview by clicking here.

RATING: I give “Frame 232” 4 stars out of 5.  While it wasn’t the most exciting novel I’ve ever read, it certainly was interesting.  I would not hesitate to read additional titles by Wil Mara.

Disclaimer: I received this book free of charge from Tyndale House Publishers in exchange for my unbiased review.  All opinions are mine, and were not coerced upon me to provide a favorable opinion. 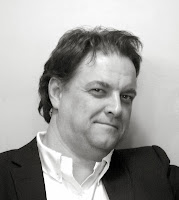