"The Dude's Guide to Manhood", by Darrin Patrick (book review) 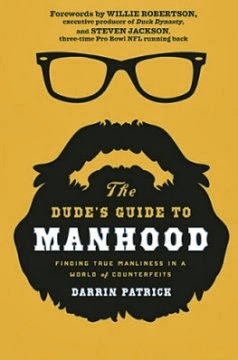 Sex, drugs, and rock & roll; girls, muscle cars, and muscle.  These are just a few things society says are manly pursuits.  To combat the proliferation of sex and violence in the media, a lot of books in circulation written by well-intending Christians who hope to inspire men to be true men.  But many of those books miss the mark.

"The Dude's Guide to Manhood", however, hits the bulls-eye.  If there's ever to be a best-selling book dealing with guy issues and man stuff, then this will be it.  The author, Darrin Patrick, pulls no punches and he hides behind no bushes.  He tells it like it needs to be told, but not in a condemning or condescending way. Instead, Patrick encourages and inspires with true wisdom that does not come across as being "preachy".

There are many insights and phrases I could quote to commend this book, but there's not enough space to cover it in a short book review.  Instead, I'd prefer to ask you a few questions: "How do you want to be remembered when you're gone?"  "When people speak about you, what will they say about your character?" "Before drifting off to sleep each night, what kind of character did you display that day?"

This book is about all those things that truly make great men great -- and it's not about surrounding themselves with pretty women, flashy clothes, big muscles, and expensive cars.  It's about being a role model for your sons to imitate (p.19); It's about being an employee who can be trusted and respected (p.52); It's about making your woman's character beautiful (p.78); It's about taking risks when it matters (p.90); It's about being simultaneously tough and tender (p.127).

ITS EFFECT ON ME: There were several times when I had to put the book down and reflect upon my own life and character.  Using God's truth, Patrick cut to the heart using godly principles.

Knowing Patrick's desire for godliness AND manliness, however, I was pleased with his concluding chapters.  He wasn't content to leave his readers thinking it was just OK to one day die as a well-respected "good man". Instead, I think he earns the trust of his readers by the way he presented this message through the first 10 chapters to introduce them to Jesus Christ -- the Man of men.  I think it was good timing and was presented tastefully.  Trusting the Sovereign to save, Patrick concludes the book instructing men how to live as new men -- forgiven men -- men of God. 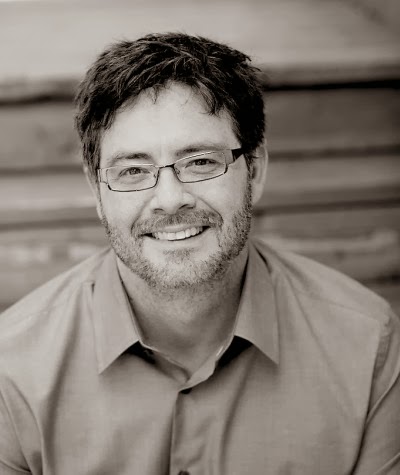 RATING: Without a doubt, I give "The Dude's Guide to Manhood" 5 stars.  I'd give 6 if it were possible, but 5 is the cut-off.  I highly recommend this book to all men for themselves and as a gift for young men.  Mom's -- pick one up as a gift for the son in your life...but be careful how you give a copy to your husband or boyfriend.

DISCLAIMER: I received this book free of charge from Book Look Bloggers in exchange for my unbiased review of it.  All opinions are mine, and were not forced upon me to provide a positive review.
at 10:13 PM