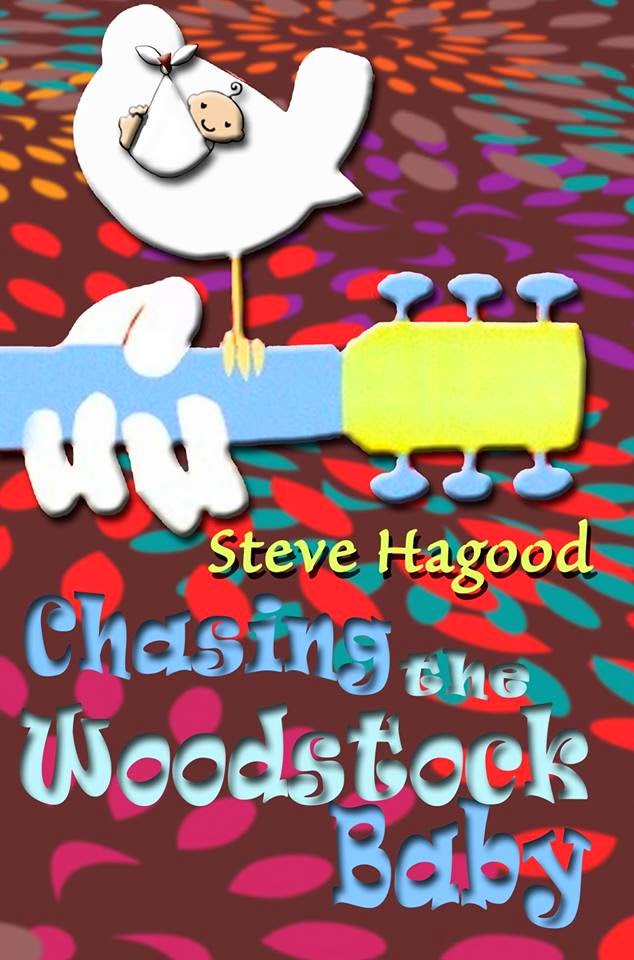 INTRODUCTION: Legend has it that one, two, or three babies were born during the 60's Woodstock concert, but none of those babies, now long grown (if they exist) have been identified.  Identifying one of the Woodstock babies would require the sharp skills and diligent efforts of a trained investigator.

When two lovers, one of them being a pregnant 19-year old Caroline Wolf, and their friends attend Woodstock, a drug-induced high led to the birth of a child who would disappear.  Decades later, Caroline's other child is ill and in desperate need of a bone marrow transplant.  Caroline reaches out to Chase, a retired Police officer from Detroit PD.  Chase has a never-give-up attitude, the perfect candidate to find Caroline's lost Woodstock baby.

The problem was that Caroline wasn't exactly sure the baby was still alive, and didn't know where to suggest Chase begin looking.  Using his investigative skills, Chase's leads take him into Saline, Michigan, a city gripped in the clutches of a corrupt Hannigan family.

What would Chase uncover?  Would he find the baby? Would good prevail over evil?  Read the book to find out!

LIKES: The author, Steve Hagood, is a Michigan native who decided to write the setting of his book in his hometown of Saline. Being familiar with that city myself, I was excited to follow the story around town in my mind.  I saw clearly the buildings, roads, and turns as he described them, and I even imagined where certain crimes had taken place -- even though he didn't suggest exactly where they occurred.

The book contains only one story line, which makes for a quick, easy, and entertaining read.  (In fact, I completed the book in two sittings.) The chapters are short (typically 2 or 3 pages), and he keeps readers turning to the next chapter. I like this because many cookie-cutter books have two or three story lines, one of which is usually just a "filler" plot to make a book a little thicker so publishers can bump up the prices. Being an independent book, however, there was no need for unnecessary fluff.

Steve is a gifted writer whose scene and character descriptions provide just enough detail to paint a mental picture, yet not so much that bogs a reader down.  He writes with wit and real-world humor that caused me to laugh aloud a number of times.

I smiled when I reached the end, and I said to myself, "Well done, Steve".  While there was no major twist to the story, I was pleasantly surprised how one relatively minor character came into play at the end of the book.  I couldn't help but think Steve's was a brilliant conclusion.  I thoroughly enjoyed reading this book!

DISLIKES: Lower-budget publications tend to have a few editing flaws, and this one was one of them. There were several in this book, but none detracted from the plot.  However, I had to re-read a few sentences to think about what Steve intended to say in those particular instances. Because I know the author, I sent the list of necessary edits to him in case this book goes to additional printings.

RATING: If you're into investigative stories with creative wit, I think you'll be pleased with this book.  I think Steve is a talented writer who has a serious potential to be on a best-seller list one day if a big-name publisher will pick up on his work. I give this book 4 stars out of 5.  It was a fun page-turner, but in need of some edits.  The 155-page, soft-cover book retails for $9.95, and the Amazon Kindle edition retails for $4.99.  Please support an up-and-coming author by purchasing your copy today!

DISCLAIMER: I received this book free of charge directly from the author in exchange for my unbiased review of it.  I was not obligated to provide a positive review; all opinions are mine.
at 9:12 PM