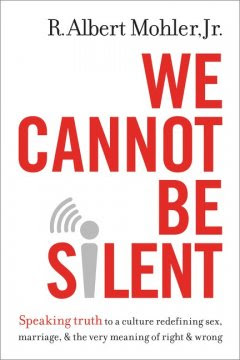 “We Cannot Be Silent” is Dr. R. Albert Mohler Jr’s 183-page call to evangelicals to stand for biblical morality, using not only Christian apologetics as his method of operation, but also well-crafter, logical arguments.  While Mohler’s focus is American in nature – its history, culture, and court decisions – the principles contained have broad, global application.

The most insightful, inspiring, and encouraging chapter, in my opinion, was the ninth: “The Compassion of Truth: The Church and the Challenge of The Sexual Revolution”, beginning on p.133.  I love America and the freedoms, opportunities, and advances it provides.  Yet, as Dr. Mohler explains, one pitfall with cultures that become more industrialized and technologically advanced, “theism retreats and the public space becomes increasingly devoid of theological conviction” (p.133).

As we watch events unfold and morality change before our eyes, Dr. Mohler says, “the new morality of a post-Christian culture frees us from our delusional confidence that the people around us…are somehow Christians – or will at least act like Christians”.  Continuing, Mohler writes, “We have fooled ourselves into believing that our neighbors are fellow believers, even when they have…no active sign of Christian discipleship” (p.135).

In essence, the modern-day sexual revolution has been the result of several years of moral decline in American culture, not just one summer day in 2015.  This is a punch in the gut because I am part of that culture of moral decline.

I’ve heard Dr. Mohler speak in person on two separate occasions, and have listened to him via podcast and radio on several other occasions.  He is a well-spoken and learned man, and he will likely receive a significant amount of back-lash from the public for this book.  He writes as well as he speaks, and I highly recommend this book for your reading bookshelf.

I received this book free of charge from BookLook Bloggers (Thomas Nelson Publishers).  All opinions are mine, and I was not forced to provide a positive review.

End Note: This review was rejected on Amazon.com customer reviews.  Apparently, writing anything with the words "same-sex" is cause for rejection.  Well done, Amazon. So it's posted at Barnes & Noble instead. 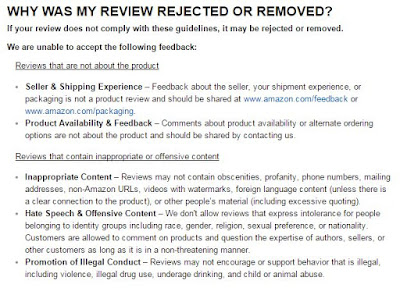