"THE DEVIL IN PEW NUMBER SEVEN", by Rebecca Nichols Alonzo (with Bob DeMoss) 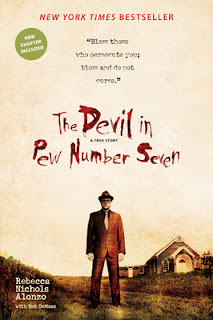 It was the early '70's, and Rebecca and Daniel Nichols' lives would be changed forever when their young parents, Robert and Ramona Nichols, would be terrorized and eventually murdered by a member of the church Robert pastored in North Carolina.

After being hired as the pastor of a small-town church, Rev. Robert Nichols soon began cleaning house. He removed certain people from influential positions, including one particular man who had a stranglehold not only on the church, but on the community. Mr. Harry Watts did not like the fact hat he was being removed from power. He was a wealthy man, and he wanted the Nichols family gone..."walking, crawling, dead, or alive." 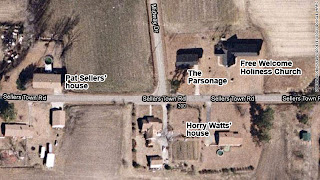 Over the course of a handful of years, Watts terrorized the Nichols family with an endless barrage of anonymous threatening phone calls and letters, bombings (known as the "Sellerstown [NC] Bombings"), and gunfire. He hired henchmen to do the bulk of his dirty work, and planted lies of an adulterous affair one man's wife was having with Rev. Nichols. 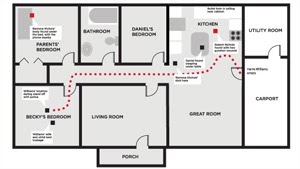 Those lies led that man, Mr. Harris Williams, to enter the Nichols home on the Thursday before Easter in 1978 and open fire on Robert and Ramona Nichols. Ramona died at the scene of the attack, and Robert died seven years later from complications of physical and mental health struggles as a result of the terror.


In 282 action-packed pages, Nichols takes her readers back in time to that fateful decade of terror. One wonders how they survived. More astonishingly, however, one wonders how Rebecca and Daniel Nichols could possibly forgive their parents' killers. Rebecca Nichols tells a wonderful story of God-ordained grace and forgiveness for her enemies. She says, "forgiveness is the language of heaven."

Here are the questions that surface in the book: Was Rev. Nichols right for staying in Sellerstown, NC?  Or should he have left, protecting his family from further harm?  Should Rev. Nichols have defended his family from the onslaught of attacks?  Or does "turn the other cheek" apply to physical attacks as well?  Would Rev. Nichols have been biblically justified in defending his family with deadly force?  His choice was to let God defend them.  His choice was grace and forgiveness.  Would that be mine?
The story was researched and verified by CNN.COM. And in 2011, Rebecca and Daniel were reunited with Harris Williams on the "Dr. Phil Show". Their story is remarkably inspiring. It reads like a Hollywood thriller. I couldn't put it down, and completed it in just two days.  It is a story of true crime punctuated by real grace. Don't hesitate to pick up your copy!

Disclaimer: I received this book free of charge from Tyndale House Publishers in exchange for my unbiased review. I was not threatened, coerced, or promised compensation for providing a favorable review. All opinions are mine.
at 7:48 PM