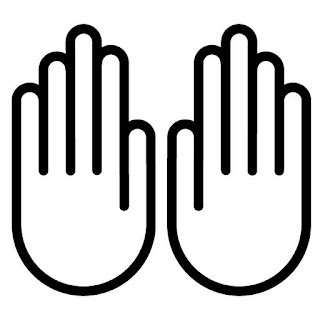 This rant is the first in my week-long "anti-religion" series.  Beginning with #10: We rally amateurishly around the latest "Christian" fad -- from cheesy movies to public figures...

A few months ago, a Christian friend and co-worker asked me if I had seen the movie "Courageous" yet. This is the movie produced by the same church who produced "Fireproof" a few years ago. When I told him I hadn't, he said, "Awww, Mikey, you need to go see it."  A month passed and the same guy asked me the same question again. When I replied no -- again -- his reply contained a little more angst: " What! Dude, you have to watch it. Why haven't you yet?" as though I was obligated as a Christian to ride the bandwagon.

I told him I wasn't that interested in watching the movie because I had seen Fireproof and wasn't all that impressed. Don't get me wrong, the movie contained some great truth and lessons, but it was just kind of, well, mediocre as far as movies go.  It wasn't a smash in my opinion.  And if that's the case, why would I pay top dollar to watch a sequel that I suspected would be just as mediocre?

In defense of the church, I also watched the muppets movie a couple weeks ago and thought it, too, was lame. I won't go rushing out to watch the sequel if it ever comes out, since I wasn't impressed by the first one.  So I'm not just being extra harsh on Christian producers.

But Courageous was a "Christian" movie (if there really is such a thing), and I owed it to the industry to give them my money for their effort. We needed to unite to send the message that Hollywood needs more Christian movie producers, right?  No.  And as a matter of fact, I felt just the opposite.

I have watched several secular movies that were well written and produced that contained excellent messages of courage, bravery, integrity, etc. A few that come to mind are "Bucket List", where the character played by Morgan Freeman displayed great integrity in his marriage; "300", where men fought valiantly in the face of death for the sake of their children; and "Braveheart", where life isn't worth living if it's not a life of freedom. The list of good secular movies doesn't end there.  My point is that I will support good movies that have good messages, regardless who produces them.
It is my opinion that supporting good themes in movies sends the same message to Hollywood that the Christian community hopes to send (but only much louder) because it sends the message to Christian producers that if they want the world to watch their movies, they better not be cheap about it. Do I need to mention the movie, "Left Behind"? Ugh.

That brings me to another issue I will call the "Tebow Effect".

The Christian community places young performers and athletes on pedestals on which they probably shouldn't be placed, all for the sake of appearing more relevant in today's culture. I admire Tim Tebow and I will never ever tell him to tone it down. I'm happy and thankful Tebow is publicly living out his convictions.  I think the media is partially to blame for giving so much attention to a man who publicly displays his conviction of faith, and it is my guess that I think they secretly want him to fail. But I pray that he remains faithful and true to his convictions and is a true success story in a ruthlessly demanding profession.

On to my point, though: I've never met so many Broncos fans in all of my adult life as I have this season, and most are Christians! Who in Michigan, or anywhere else outside the mountain time zone, ever thought of cheering for the Broncos last season? I want Tebow to succeed, just like I want Matthew Stafford to succeed.  But when the Lions play the Broncos, I will be cheering the Lions to victory.

Another performer who was recently born-again and thrust into the Christian spotlight is Brian "Head" Welch, one of the founding members of "Korn".  Within a year or two of his conversion, Christian churches are already parading him in front of the world as an example. He's speaking at a church in Battle Creek next weekend, telling his conversion story.  The Bible warns of placing young believers in positions of leadership due to a lack of spiritual maturity.  While the spotlight is not a "leadership" position, it is an awfully dangerous place for a new believer.  It sets people like Welch up for a hard crash because there are likely still many of his temptations lurking around dark corners. I hope he survives the craze, but Christians seem so in need of heroes and role models that we latch onto anything that looks promising to advance our story.

And that is my schtip. I will conclude this -- and each -- rant with this disclaimer: this gripe does not apply to ALL Christians across the board. I know some who disagree are not on the bandwagon to which I refer here.  But it applies to a great many of my brothers and sisters, if not most.
at 8:11 PM