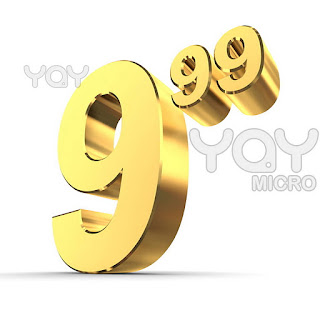 #9 - We boycott with the best of 'em when organizations' immoral behavior disagrees with our standars...

Remember back in 2008-ish when Christians called for a McDonalds boycott because McD's supported same sex marriages?  Same for Walmart in '06.  We've most recently launched a boycott against the Girl Scouts.  Bummer, because I really like the cookies.  Believe it or not, someone even boycotted Amazon.com.  Seriously, you can't make this stuff up, people.

Here's a test for you.  Stop reading this page for a moment (but be sure you return) and open another webpage.  In the search field type in "Christians boycott ______" and name your blank.  Chances are pretty good...no, wait...REALLY good there will be a boycott for whatever you enter there.  Go ahead, give it a try.  I'll wait for you, I promise.

Was I right?  I confess, I was shocked when I did not find a boycott of Autozone.  Thank God, cuz I love the good deals they offer every month!  I probably just didn't search hard enough.  Anyway, here's the point: We boycott companies and organizations just because they don't agree with what WE believe THEIR moral standards should be.  Let me get this straight: We're going to profess faith and trust in the person, way, and life of Jesus Christ in a world that largely rejects Him.  But at the same time, we expect others who do NOT profess this way of life to follow OUR rules of engagement?  Really?

The last time I checked, the commandments of God were for the people of God who were in relationship with God!  They weren't for the pagan peoples who worshiped false deities.  They were specifically appointed for Yahweh's people.  But once others came into this God-walk profession of faith, the rules of engagement then applied to them...but not until then.

Are we really to think that right behavior makes one right with God?  Christians are really good at claiming salvation is by grace alone through faith alone in Jesus Christ alone, and that we are saved not BY our good works, but FOR good works.  I'll venture a guess that many of us say it not only becuase we believe it is true, but because we very recently got done sinning and lightly whisk it away as though God winks at our sin.  Yet, out of the other side of our mouths, we tell Target, and Walmart, and McDonalds THEY have to behave appropriately in order to be on par with OUR moral sensibilities.  That is preposterous!!!

A very close friend of mine (who is an atheist) made an astute point: Christians actually don't boycott far enough.  His point is this (I think):  We boycott McDonalds when it suits us, but we fail to boycott organizations or products in similar positions when doing so would be detrimental to our personal tastes.  For example, boycott McD's, but, "man, do I love triple whoppers, so I think I'll just brush that other issue aside as insignificant and just eat here instead."

C'mon, people!  Really?  Is that what the gospel of Jesus Christ is about?  Did Jesus organize a boycott against King Herod for having John the Baptist -- Jesus's own cousin -- beheaded?  Did He boycott the Emperor, or even "Ibn Shabat's Kosher Fish and Chips" when they served a meal to a local prostitute?  Never!

Instead, we see a Jesus in the gospels as One who invited people into His life.  And as He walked with them, and they with Him, He inspired them to change and grow.  Gradually.  He never demanded anyone change first and then come to Him for eternal life.  It always was and always will be the other way around.

So why on earth do we expect unbelievers to live and behave as though they are believers?  I think it would be a great idea for us instead to model right behavior and demonstrate to a dark, lost, broken, and hurting world that Jesus Christ is the way, the truth, and the life.  I wonder if we should start boycotting ourselves for a change.

Once again, the disclaimer: I know and recognize not ALL Christians behave this way or participate in these activities.  It is, however, a general rule that far too many of my brothers and sisters in Christ do.
at 8:10 AM