#7 - WE MAJOR IN THE MINORS AND MINOR IN THE MAJORS 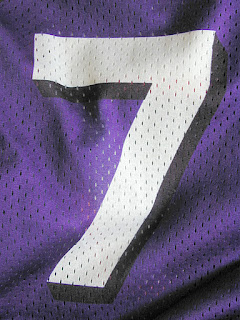 #7 - We major in the minors and minor in the majors.

We Christians like to bicker over relatively minor things, but seem to ignore much larger life-issues.  Once again, I recognize this is largely a human nature issue, but we Christians need to set a better example if we want the world to follow.  Therefore, this particular rant has more to do with how Christians behave WITHIN the church, but it impacts the way the world perceives us.

General examples include arguing over interior design and decoration of our churches, what kind of music will be played, whether or not drums and guitars are of the devil, and whether the King James is the only version authorized for use.  Seriously?  One particular Baptist church split over a piano bench dispute.  A PIANO BENCH!  Another split because a senior member didn't like a particular tempo and chord of one of her favorite hymns.  C'mon, people.  I'm sure there's more going on behind the scenes, but that's pretty fickle.

On a little weightier issue, one local church is currently splitting over a 5-point Calvinism dispute, and whether or not it should be preached.  I'm just about as Calvinistic as they come, but I actually understand the position of the "other side".  Rather than embracing differences on non-core issues (like eschatology or eternal security vs. free will), we drive wedges between ourselves and exclude those who are not like us in their beliefs.  On top of that, we make these debatable topics membership qualifications/disqualifications.  I think healthy debates within the church among Christians who believe differently from one another are very good things, for they inspire us to consider or re-consider our positions.  I've been on the "other side" of a couple issues, and I almost lost a dear friend over one of them. Was it worth it?  I think you know the answer.  Sadly, however, churches today are demonstrating that disagreement is unacceptable behavior.

When our behavior is disagreeable, we split.  Instead, we prefer to focus on how the world ought to behave instead of working out our own personal holiness.  Sad, but true.  We're comfortable justifying our own sins while at the same time pointing out the sins of others. Quite honestly, I think we like discussing and debating the hot-topic moral issues du-jour only because it takes the spotlight of God's eyes off our own ugliness.

On the other side of the aisle are majors that we miss.  We want a bigger, nicer church, with up-to-date sound systems, and a glowing sign out front.  Don't get me wrong, I like those things too.  But when was the last time we thought of using all those THOUSANDS (if not millions) of dollars that are increasingly allocated toward our building program for feeding and clothing the poor in our communities?  I have a hunch poor people like and depend upon food and clothing more than we do our church upgrades (etc).  It's much too easy to give a bag of groceries or a couple hundred bucks here and there, but thousands?  That cuts too deep; It requires much sacrifice.

One church agreed to cut funding to a previously-sponsored missionary because, God forbid, that missionary doesn't teach the doctrine of the eternal security of believers.  Heretic alert, heretic alert!!!  Get him out of the mission field, now!!!  But I truly wonder if that will matter to God in the long run.  Ahhhh, what am I thinking?  No I don't.  While this particular missionary is praying for money to fix the bicycle he rides from village to village in the sweltering heat, we can be found reclining in our comfortable chairs, sipping lemonade, and cooling off inside the newly-renovated air conditioned building.  And we think cutting his funding over a debatable issue is prudent.