The news didn't report it this way, but Jesse Wasmer is a tried and true Sheepdog!  Rather than focus the report on the heroics of this Baltimore-area high school guidance counselor who disarmed a madman, they instead decided to refine their sights on Robert Gladden and his troubled times.

Rather than talk about what kind of coward Gladden was, who opened fire with a loaded shotgun in a packed school cafeteria, shooting one boy in the back, killing him, I'd rather focus my attention on the Sheepdog, Jesse Wasmer.

He is the hero of the day.  He ran TOWARD the shooting and wrestled the still-loaded shotgun away from Gladden.  In the fracas, the gun again went boom, but this time only into the soul-less ceiling.

Prior to the melee, Gladden posted on Facebook that it was his last day on earth...F*** the world.  It's very likely that Gladden's plan was to kill more than that one student in the cafeteria.  He was the wolf, and his prey were his carefree sheep-classmates.

Enter Sheepdog Wasmer.  Rather than run away scared, he fought the attacker, stopping him from killing more of his students, his sheep.  He guarded them like Sheepdogs guard their flock, confronting wolves.

He prevented another Columbine.
Another Aurora. 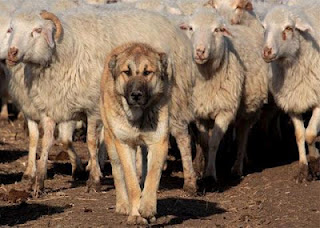 SHEEPDOG!
Mr. Wasmer, you are a great American Sheepdog!  Hats off to you, Sir.  More reporting should be done on heroes like you, not cowards like Gladden.  You earned the highly coveted Sheepdog Award.


Click here for more reading on Sheepdog mentality, by Col. Grossman.
at 8:01 PM