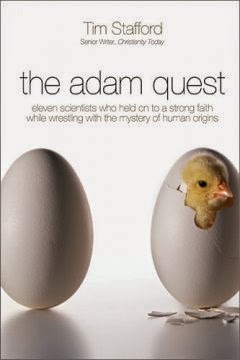 How did we get here?  I don't mean to this particular page.  But how did we get "here"?  How did our parents parents parents....parents parents get here?  Did we appear suddenly when God spoke the word, bringing life into existence, causing life to give birth to life (biogenesis)?  Did our universe come into existence in a literal 6,000 years ago by the hand of God, or was there evolution over millions of years whereby inanimate material gave birth to life (abiogensis) but under God's supervision?

If this conversation interests you, this book may provide a good foundation on which to begin your journey. Don't be mistaken, Tim Stafford does not aim in this book to settle the debate on the origins of life once and for all.  Instead, he seeks to understand the various views of origin.

Stafford's son's faith was rocked by science, causing him to abandon faith altogether.  Because it hit Stafford "close to home", he decided to dive into this project -- to interview scientists from three competing views of creation: Young Earth, Intelligent Design, and Evolution.  He warns Christians who are "cut off from science are in trouble spiritually as well as materially" (p.6).  This book is an effort to encourage Christians to not fear engaging in the creation-science conversation.

THE SCIENTISTS: Stafford interviewed 11 scientists from the three different persuasions mentioned above, and told their stories, one scientist per chapter.  Each chapter details the path of life that brought them to their particular scientific endeavors.

Kurt Wise, affiliated with Answers in Genesis told Stafford he is "not an anti-evolutionist", but that he "is a creationist...[whose] life goal is to create a model that explains the world" (p.21) 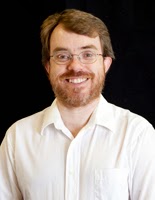 Todd Wood, affiliated with the Core Academy of Sciences, says, "I'm not so interested in what's wrong with [the evolutionists'] idea.  I'm more interested in solving the puzzling issues building from Genesis" (p.37).

Dr. Georgia Purdom, also affiliated with Answers in Genesis, explains that evolutionary creationists have to deal with the problem of death since natural selection works through culling.  Humanity appeared late in the evolutionary process, and creatures (according to evolutionary theories) were dying for millions of years before humans (p.56). 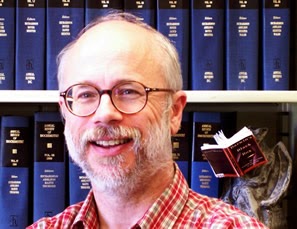 Dr. Michael Behe, professor of biochemistry at Lehigh University, argues from the position of "irreducible complexities of organisms: that all the parts must come together at once in order for it to have any useful function, but that none of those individual parts can function on its own (p.74).  He says, "Every major discovery [in biochemistry] has shown more and more complexity, and that's not good for Darwinism" (p.84). 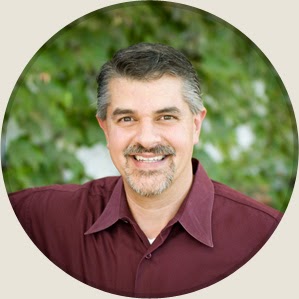 Dr. Fazale Rana, of Reasons to Believe, suggests "...even the simplest cell imaginable was an extraordinary factory of precisely moving parts.  It could never "just happen'" (p.86).  He suggests life gradually increased in complexity over vast periods of time...these creatures came into being through distinct acts of creation" (p.93).

Dr. Mary Schweitzer, Marine, Earth, and Atmospheric Sciences (MEAS) at North Carolina State University, suggests, "Science can't prove the existence of God or that you love your children.  There's so much that we can't touch with science because science is meant to be measured" (p.115).

Darrel Falk, former president of the BioLogos Foundation, suggests, "God had used gradual means over millions of years to develop life" (p.125).  He points out Christian attacks on evolution do not simply represent minor disagreement with science on a peripheral issue.  Rather, they advocate a view that...the sciences of astronomy, astrophysics, nuclear physics, geology, and biology are all fundamentally wrong...So central are the notions of an old earth and the gradual appearance of life that, were they wrong, the disciplines themselves would collapse" (p.129).

Ard Louis, on the Board of Directors at the BioLogos Forum, says, "From a biologist's perspective, the only way you can show that no biological mechanism could generate complexity is by looking at all the mechanisms that are and showing that they wouldn't work.  But we don't know what all the mechanisms are" (p.148).

Denis Alexander, Emeritus Director for the Faraday Institute for Science and Religion, St. Edmund's College, Cambridge, says, "Our ambition is to change the culture of the discussion between science and religion in the academic world through good scholarship and good publications" (p.166)

Simon Conway Morris, author of "Life's Solution: Inevitable Humans in a Lonely Universe", writes, "...evolution has direction.  It may be random in the details but not in the outcome" (p.177). 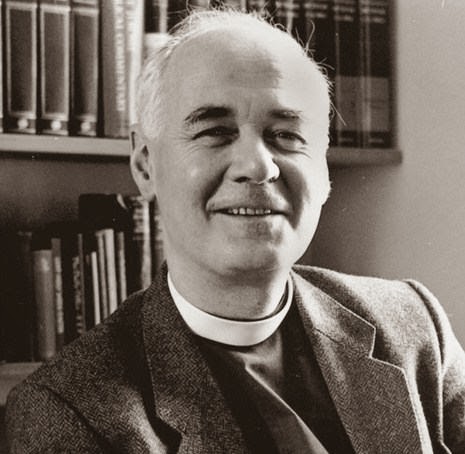 
USEFULNESS: None of the chapters specifically dug into the nitty-gritty of the creation-science debate. Instead, Stafford used each chapter as an opportunity to introduce readers to each scientist -- how he grew up, or how she settled on her particular belief.  He wrote, "I told all of them the same thing: I was going to get out of the way and let them tell their own stories.  I wasn't going to try to referee who was right and who was wrong.  My goal was for readers to get to know them and to understand their points of view" (p.199).

Because there was a lot of "personal" history in the book, I was disappointed in the lack of depth Stafford provided from each scientist.  It made for a very safe, comfortable, and unassuming read. That said, I especially liked the concluding chapter, where Stafford provides his opinion of which view he supports, and why.

RATING: I give "The Adam Quest" 3 stars.  It was well written, but just wasn't what I had expected to read.  The title made me think more was on the line in this one.  The many books referenced within this book would likely provide readers with "evidence" they're looking for if that is indeed their goal.


DISCLAIMER: I received this book free of charge from Book Look Bloggers in exchange for my unbiased review of it.  All opinions in this review are mine.
at 7:38 PM