#5 - WE ARE BIBLICALLY ILLITERATE 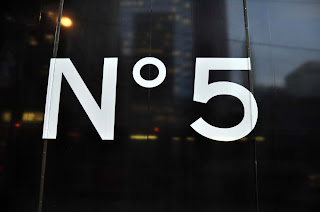 Maybe someone's joining us half-way through this experiment.  If that's the case, maybe you're wondering what I'm up to.  I took a challenge from a friend to be "anti-religion" from a Christian perspective for one week.  I began with a "Top 10 list of senseless things Christians do" and chose to use those items as springboards for each of these "rants".  We may not like it much, but sometimes it's not a bad idea to look critically at who we are or what we do (religious, political, racial, etc) from a different point of view.  That is this series.

#5 - We are biblically illiterate

Sad, but true.  Painfully true.  I have unbelieving friends who know the big-picture story of the Bible better than many Christians I know.  It seems like people who call themselves by Jesus' name should know the Book that is inseparable from His name.  But rather than blather on, I will cite others who have written entire articles on the topic.

Here are just a few of the statistics:
Many professing Christians cannot identify more than two or three of the disciples.
Seven out of ten born again Christians said they do not believe in moral absolutes.
Only one out of ten Christians base their moral decision-making on the principles taught in the Bible.

Why can't we name them?  Because we're not in God's word.  No just "not enough", but hardly at all.
How can we possibly have moral absolutes when we lack a basis for understanding?

Why does this happen?  One author has opined on that very question. "There are, no doubt, many reasons for the current predicament. In general we spend far less time reading anything at all in this culture, much less dense and demanding books like the Bible."

My beef is not with unbelievers, but with professing, faithful Christians.  One article cited the following: "Eikenberry asked churches and youth pastors in West Michigan to administer a simple biblical literacy survey to parishioners. "The scores were just atrocious," he said. "I don't expect those outside Christianity to know the Christian book, but shouldn't people of the Book be familiar with it?"

I cannot help but to agree with the Associates for Biblical Research: "The Church Has Been “Dumbed Down” by the Culture".  Culture tells us, "If it feels good, it must be right."  Culture has demanded we read short blips of information (ie, Facebook, Twitter, etc) rather than full tomes.  How can a Christian today possibly understand the whole of scripture when we read a sparse verse here or there?

From the Barna Group:
"Adults who attend small churches - i.e., those averaging fewer than 100 adults on a typical weekend - were more likely than people attending larger congregations to admit to struggling with Bible knowledge and consistently practicing their faith principles."

For those who think their large churches are immune from the problem, here's one for you: "Those who attend mainline Protestant churches were more likely than people who attend other Protestant congregations to rate themselves below average in worship, sharing their faith, and Bible knowledge."

C'mon, brothers and sisters.  This is truly disappointing and heart-breaking.  Utterly painful.  I think this issue lies at the center of all my rants, for it is probably THE major causal factor of the issues I've been addressing in this series.

Once again, the closing disclaimer: I know not ALL Christians are Biblical idiots.  A good many are literate, but even more are NOT.  The only way we can truly know God is by being in His word.  The Psalmist wrote that it was the only means to living in accordance with God's ways -- by hiding His word in our hearts, by seeking to understand it.  Sadly, this is far too uncommon.
at 5:07 AM